Water and origin of life 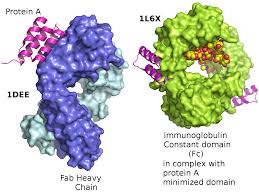 Although water is portrayed by many as the solution to, or star player in how life came to be, the fact is that water spontaneously breaks down complex molecules that living organisms need to exist: such as DNA,* RNA, proteins and their components.**   For example, an article on Molecular Cloning says that  “Proteins are usually soluble in water solutions because they have hydrophilic amino acids on their surfaces.”1

Amino acids have been called the building blocks of life, and when two or more are joined together they are called a peptide and the bond that holds them together is called a peptide bond.  When ten or more are linked together they may be called a polypeptide, and if they are ordered and folded correctly, they become a protein.  And in a wikipedia article on peptide bonds we are told that “a peptide bond can be broken by … hydrolysis” ***  (just by) … “adding … water” … (and that the) “… bonds in proteins are metastable, meaning that in the presence of water they will break spontaneously.” 2

Another article on this topic 3  says that hydrolysis is:

“A chemical reaction in which water is used to break the bonds of certain substances. In biotechnology and living organisms, these substances are often polymers … such as that … (exist) between two amino acids in a protein … “

Dr. A. E. Wilder-Smith, (Ph.D. organic chemistry) also brought this out in a book he wrote on life’s complexity and origin.4

“Amino acids and other building blocks present in the macromolecules of living matter aggregate to form larger units … by … (a reaction) called condensation.****  The combinations usually involve the elimination of one molecule of  water between two combining molecules.  It is the removal of this molecule of water which presents the major difficulty  …  For, the removal of this water molecule from between two combining molecules requires energy which must … be supplied in some fashion.

“A further difficulty arises in this question of the elimination of water.  For, in the prebiotic world, it is assumed that the condensation reaction took place in the presence of a large … (supply) of water which would tend, according to the law of mass action, to hinder the condensation process and … (promote)decomposition (or breakdown of peptides and polypeptides). … The more water, the less condensation.”

This means the “primordial soup,” or “warm little pond”  where Darwin speculated that life began could not have been simply water, since it would “hydrolyze” or break down complex molecules back into their basic original amino acid as soon as they formed.  Dr. Charles McCombs explains the problem as follows in an article he wrote on the subject of why life by chance  is virtually, if not utterly and completely impossible.

“Every time one component reacts with a second component forming the polymer, the chemical reaction also forms water as a byproduct …  There is a rule of chemical reactions … called the Law of Mass Action that says all reactions proceed in a direction from highest to lowest concentration. This means that any reaction that produces water cannot be performed in the presence of water. This Law of Mass Action provides a total hindrance to protein, DNA/RNA, and polysaccharide formation because even if the condensation took place, the water from a supposed primordial soup would immediately hydrolyze them. Thus, if they are formed according to evolutionary theory, the water would have to be removed … which is impossible in a “watery” soup.5

But because the “watery soup” in living cells is surrounded by a membrane, the “water” inside the cell “behaves very differently” 6  than ordinary water.  In fact, the “water” in a cell is not water but a blend of water, amino acids, proteins, and many other chemicals called cytosol. This mixture is the result of the DNA’s ability to regulate what goes in and out of the cell — via  numerous channels that control and regulate what is allowed to pass through the cell membrane, and thus to create and maintain a favorable environment and PH for DNA, RNA and protein synthesis, and life itself to exist.

If the concentration of amino acids is high enough, some of them will link up with others to form dipeptides and tripeptides.  An article on this subject states that:

“is important to recognize that by whatever reactions polymerization (or the joining of amino acids)occurred, they had to be reactions that would occur in an essentially aqueous environment. This presents difficulties because condensation of amino acids to form peptides, or of nucleotides to form RNA or DNA, is not thermodynamically favorable in aqueous solution.”{6}

The explanation for this is partly that the concentration of amino acids decreases as amino acids form pairs (called dipeptides) in a solution. This decreased concentration causes the velocity of the peptide synthesis reaction to slow down, and some dipeptides begin breaking up, again becoming single amino acids. The solution reaches equilibrium when just as many dipeptides dissociate as associate. A very tiny fraction of the dipeptides add another amino acid to form a tripeptide. … Oligopeptides (Oligo=few) and polypeptides (poly=many) will form only very rarely. Tripeptides dissociate faster than dipeptides in the same solution. 7

In this regard, a tripeptide has only three amino acids, while the simplest protein ever found has at least eight: connected in a specific order.

Jeffrey P. Tomkins makes the following statement in a book on the design and complexity of the cell:

“… plasma membranes are … quite complex and … (function) as more than just a barrier … Some key functions  of the membrane involve the import and export of chemical compounds through specialized transmembrane channels, sensory and signaling processes via specialized receptor proteins imbedded in the membrane, and osmotic (water) regulation … through special portals.” 8

“Within the … membrane is the internal cell matrix … called cytosol or cytoplasm, which is a semi-fluid substance.  …  Like the … membrane, the complexity of … cytoplasm seems to grow with every new discovery in cell biology.” 8

Tomkins also tells us that water must be regulated and controlled outside the cell as well in what is called the “extra cellular matrix.”  8

This means that the water of yesteryear, or the distant past, almost certainly performed just like the water of today, and that water, dirt and chemicals, could not have created life anymore than fuel, dirt, and metallic ore, — by themselves — could create a car, motorcycle, or an  airplane: even in millions, billions, or trillions of years.

A typical human cell would undergo 2,000 to 10,000 spontaneous DNA hydrolysis damage events every day just because it is an aqueous environment.(The only reason that DNA functions as well as it does is that cells come equipped with an amazing array of cooperative DNA repair mechanisms. For example, polymerase replication during cell division might produce 6 million errors per cell, but then proofreading machinery can reduce this to 10,000 and then mis-match repair machinery could reduce this to 100. It appears to be impossible, however, to replicate the 6 billion nucleotides in a human cell in a completely error-free manner.

and if ΔG2 of reaction (2) is negative and large enough, it can couple with reaction (1):

ΔG3 = ΔG1 + ΔG2. If ΔG3 is large and negative, the equilibrium constant for reaction 3, K3, will be large, and this could conceivably produce reasonable quantities of polymers.

Some researchers used the condensing agent dicyanamide (N=CNHC=N) to produce some peptides from glycine, even claiming, ‘dicyanamide mediated polypeptide synthesis may have been a key process by which polypeptides were produced in the primitive hydrosphere.’

However, the biggest problem is that condensing agents would readily react with any water available. Therefore it is a chemical impossibility for the primordial soup to accumulate large quantities of condensing agents, especially if there were millions of years for water to react with them. Yet the Sydney Fox experiment used a 30-fold excess of dicyanamide. And even with these unrealistic conditions, 95% of the glycine remained unreacted, and the highest polymer formed was a tetrapeptide.

*   Although chemists can make DNA in their laboratories, they can only do so under highly controlled conditions that simulate cytosol. They achieve this by using a pre-existing DNA or gene (template), using the right amount of water, magnesium chloride, and salt buffers, and by using a pre-existing microscopic / molecular copy machine called DNA polymerase.  Such would not be the case in nature, since genes are not known to form by themselves, nor even simple proteins that consist of only 8 amino acids: much less complex ones that consist of 900–1000 of them, such as DNA polymerase — along with a motor protein called helicase: that actually spins like a motor (at 1800 rpms) and that unwinds the DNA.

***  According to the American Heritage Dictionary of Science, hydrolysis is “a process of decomposition in which a compound is broken down and changed into other compounds by … (absorbing, or being diluted with) water.  For example, in food digestion, the food absorbs water and is broken down by hydrolysis.  The same dictionary says that to hydrolyze means “to decompose by hydrolysis …”  and that organic molecules such as “Nucleic acids, proteins, and polysaccharides contain many bonds that hydrolyze …  In this regard, the combining word hydro- simply means “of or having to do with water.”

****  Think of a Condensed can of Campbell’s Soup.  The fact that it is “condensed” simply means that water has been removed.

4.   The Creation of Life: a cybernetic approach to evolution, 1970, pp.25-26. Available online through various book sellers.

2 responses to “Water and origin of life”