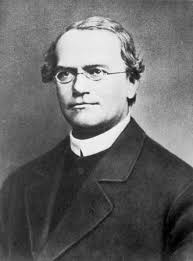 Some critical comments about the effects of Darwinism on Biological Research by Pioneers of Genetics as well as further Biologists and Historians of Biology.

Especially in the decade after the publication of Darwin’s ORIGIN (1859) the scientific world was eagerly awaiting the discovery of the laws of heredity by some experimental or other scientist(s). After two lectures in 1865, Mendel published his famous Pisum-treatise VERSUCHE ÜBER PFLANZEN-HYBRIDEN in 1866. His work was quoted at least 14 times before 1900, the year of its ‘rediscovery’. There were references in such widely distributed works as Focke’s DIE PFLANZEN-MISCHLINGE (1881), THE ENCYCLOPAEDIA BRITANNICA (1881) and the CATALOGUE OF SCIENTIFIC PAPERS OF THE ROYAL SOCIETY (1879).The treatise had been sent to the libraries of some 120 institutions including the Royal and Linnean Society of Great Britain. Moreover Mendel had 40 additional reprints at his disposal, many of which he sent to leading biologists of Europe. In fact, professor Niessl (1903 and 1906) emphasized that Mendel’s work was “well known” at his time. So in the face of the expectations just mentioned, – why was the discovery of the laws of heredity ignored by most scientists for more than 35 years, until 1900, and by the “true Darwinians” (Mayr) for another 37 years? That is 72 years in all!

All the evidence points to the main reason as follows: Mendel’s ideas on heredity and evolution were diametrically opposed to those of Darwin and his followers. Darwin believed in the inheritance of acquired characters (and tried to back up his ideas with his pangenesis hypothesis, which even Stebbins called an “unfortunate anomaly”) and, most important of course, continuous evolution. Mendel, in contrast, rejected both, the inheritance of acquired characters as well as evolution. The laws discovered by him were understood to be the laws of constant elements for a great but finite variation, not only for culture varieties but also for species in the wild (Mendel 1866, pp. 36, 46, 47). In his short treatise EXPERIMENTS IN PLANT HYBRIDIZATION mentioned above Mendel incessantly speaks of “constant characters”, “constant offspring”, “constant combinations”, “constant forms”, “constant law”, “a constant species” etc. (in such combinations the adjective “constant” occurs altogether 67 times in the German original paper). He was convinced that the laws of heredity he had discovered corroborated Gärtner’s conclusion “that species are fixed with limits beyond which they cannot change”. And as Dobzhansky aptly put it: “It is…not a paradox to say that if some one should succeed in inventing a universally applicable, static definition of species, he would cast serious doubts on the validity of the theory of evolution”.

As the Darwinians won the battle for the minds in the 19th century, there was no space left in the next decades for the acceptance of the true scientific laws of heredity discovered by Mendel and further genetical work was continued mainly by Darwin’s critics among the scientists. In agreement with de Vries, Tschermak-Seysenegg, Johannsen, Nilsson, et al., Bateson stated (1909, pp. 2/3):

“With the triumph of the evolutionary idea, curiosity as to the significance of specific differences was satisfied. The Origin was published in 1859. During the following decade, while the new views were on trial, the experimental breeders continued their work, but before 1870 the field was practically abandoned.

In all that concerns the species the next thirty years are marked by the apathy characteristic of an age of faith. Evolution became the exercising-ground of essayists. The number indeed of naturalists increased tenfold, but their activities were directed elsewhere. Darwin’s achievement so far exceeded anything that was thought possible before, that what should have been hailed as a long-expected beginning was taken for the completed work. I well remember receiving from one of the most earnest of my seniors the friendly warning that it was waste of time to study variation, for “Darwin had swept the field“” (emphasis added).

The general acceptance of Darwin’s theory of evolution and his ideas regarding variation and the inheritance of acquired characters are, in fact, the main reasons for the neglect of Mendel’s work, which – in clear opposition to Darwin – pointed to an entirely different understanding of the questions involved (see above).

However, the idea of Bishop (1996) and Di Trocchio (1991) as to Mendel that “most of the experiments described in Versuche are to be considered fictitious” or “…we are today forced by a series of anomalies and incongruities to admit that Mendel’s account of his experiments is neither truthful nor scientifically likely, and that the strategy he really followed must have been completely different” (Di Trocchio 1991, p.487 and p. 491, emphasis added) is in my opinion for several reasons untenable. (1) It does not match Mendel’s character which is distinguished by humility, extreme modesty and accuracy in handling things. (2) Too much is known about his life, work and correspondence to simply deny the existence of the work he has described (see the publications of Orel, Stern, Weiling and many others). (3) Fisher’s claims of fraud in Mendel’s data have already been disproved by several geneticists and historians of biology (Lamprecht 1968, Pilgrim 1986, Weiling 1995, Vollmann and Ruckenbauer 1997, and many other authors, see below). Working with Pisum for 7 years, I myself have found very similar data for several characters as Mendel had. In an answer to Edward, Ira Pilgrim commented (1986, p. 138): “…one had better have a good deal more evidence (such as a set of loaded dice or perhaps the information that the man is a known cheat) before accusing someone of cheating, which is what Fisher did to Mendel, and those who cite Fisher are doing now.”

On the other hand, if not only the accusations of Fisher but also those of Di Trocchio and Bishop were true, they would make Mendel’s work one of the greatest hoaxes in the whole history of science (“he counted 19,959 individuals” etc., Zirkle) – and at the same time the most ingenious fiction ever produced: an invention hitting directly upon the truth of the laws of heredity with many basic repercussions on nearly all biological and medical areas and our understanding of the living world. However, as long as there are no real foundations for these suspicions and as long as no convincing proofs can be advanced, – proofs which could stand the test of any honest court trial, the accusations fall back on those who produce them: fiction, invention and/or lies in the minds of the inventors (according to A. Kohn, Mendel belongs to the “false prophets”, M. Gardner states that “even Brother Mendel lied” (emphasis added) and V. Orel (1996, p. 207) lists further such examples).

The more I ponder and test the accusations regarding Mendel’s works, the more improbable and absurd the accusations appear to me, and the question comes to my mind: Could it be that now – after the creation position of a scientific giant like Mendel has become clear to so many observers – these accusations are the last resort of a more or less unconscious method of evolutionary philosophy to discredit Mendel and his work after all?

Hubert Markl comments on the accusations of dishonesty against some renowned scientists (1998, p. VII): “Even if Galilei, Newton or Mendel had cheated when presenting the reasons and evidence for the natural laws they had discovered, that which they had recognized as being true, is nevertheless true, because it was found to be right in multiple tests” (see the original German sentence in the next chapter).

Although this is in principle correct, – being deeply impressed by another study of Mendel’s VERSUCHE ÜBER PFLANZEN-HYBRIDEN (1866), – concerning Mendel I think that this comment is unnecessary (as for Galilei and Newton, I do not want to give an opinion here). I presume the proof for the authenticity and precision of Mendel’s work is to be found in – among other things – the paragraph concerning the seventh of the characters studied by Mendel. He writes (p. 11) [English Version according to http://netspace.org/MendelWeb/Mendel.html]:

“With regard to this last character it must be stated that the longer of the two parental stems is usually exceeded by the hybrid, a fact which is possibly only attributable to the greater luxuriance which appears in all parts of plants when stems of very different lengths are crossed. Thus, for instance, in repeated experiments, stems of 1 ft. and 6 ft. in length yielded without exception hybrids which varied in length between 6 ft. and 7 [and] 1/2 ft.”

Thus, in this paragraph Mendel clearly describes a case of heterosis, hybrid vigour, over- or superdominance (as the phenomenon was later named from 1914 [heterosis] onward) (as for the history of the term, the genetical basis of the phenomenon and further examples, see Lönnig 1980:Heterosis bei Pisum sativumL.). Moreover, Mendel describes a second case of heterosis when continuing (pp. 11/12):

“T h e    h y b r i d    s e e d s    in the experiments with seed-coat are often more spotted, and the spots sometimes coalesce into small bluish-violet patches. The spotting also frequently appears even when it is absent as a parental character” (spaced by Mendel).

Without a theoretical basis (which is still controversial for many cases of heterosis even in our age of molecular biology) and in the absence of any experiments, it is not possible to simply ‘invent’ such unexpected phenomena of science. Rather one must “stumble over” such totally unaccustomed and unpredictable curiosities of nature to report them to an amazed audience. Dominance in all of the characters Mendel described was already astonishing enough, but the two cases of overdominance (heterosis, superdominance) represent strong evidence that Mendel had exactly done what he described. (Mendel’s explanation of the superdominant plant length found, “which is possibly only attributable to the greater luxuriance which appears in all parts of plants when stems of very different lengths are crossed” is hardly more than a tautology [here a more inclusive restatement of the phenomenon to be explained: it does not answer the question why the greater luxuriance occurs in all plant parts, of which the unusual plant length is an ingredient]. Mendel’s statement shows that he was really at a loss for any theoretical/genetical answer for the heterosis-phenomenon he had encountered and precisely described.)

One could, perhaps, object that the phenomenon of hybrid vigour had been mentioned before Mendel. However, to describe heterosis for definite characters and organs in definite sizes and quantities in definite species and culture varieties (and all that without any knowledge of the genetical and/or molecular basis of the phenomena reported), so that the experiments not only appear unlikely (in fact, unlikely!), but also prove to be entirely reproducible and true – without really having made them at all – is so improbable that we can confidently forget this objection.

Concerning Mendel’s paper, I agree on the scientific level with Mayr and Stern. Curt Stern stated (1966, p. v): “Gregor Mendel’s short treatise, ‘Experiments on Plant Hybrids’ is one of the triumphs of the human mind. It does not simply announce the discovery of important facts by new methods of observation. Rather, in an act of highest creativity, it presents these facts in a conceptual scheme which gives them general meaning. Mendel’s paper is not solely a historical document. It remains alive as a supreme example of scientific experimentation and profound penetration of data” (Stern and Sherwood 1966). Mayr concurs (1982, p. 726) that by this comment Stern has “so well” characterized Mendel’s achievement.